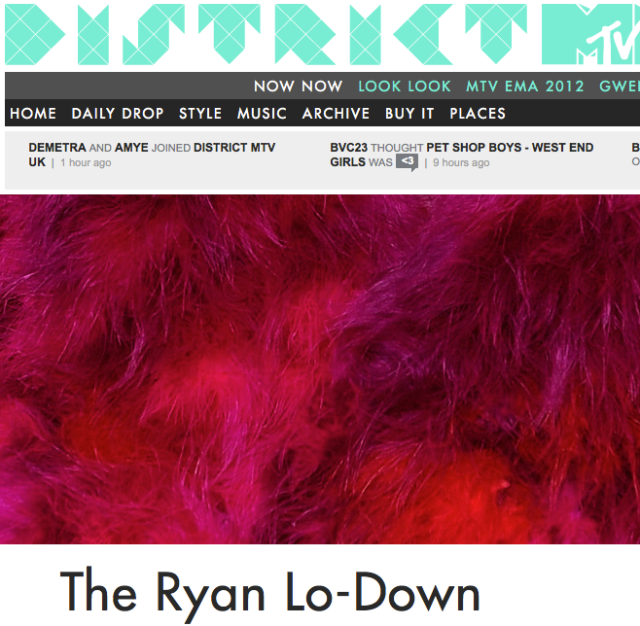 After a rocky start which included dropping out of his BA Fashion course at LCF during the first term of his final year and a “more difficult than anticipated” navigation through the fashion industry, now, it seems, there is nothing that could possibly keep Ryan Lo down.

Aside from being shortlisted for the G-Shock Spirit of Toughness Award, features in the likes of LOVE Magazine and artistic collaborations for the Serpentine Gallery’s Dreamy Awards, there is that not-so-small thing called Fashion East in the 22-year-old’s life. “The second time I went back to college and graduated, I said I wanted to do Fashion East. When it finally happened, it just felt like a dream,” Lo says, the astonishment in his voice still hinting at his slight inconceivability of it all. Born and raised in Hong Kong before moving to London at age 16, he recounts his way into fashion as something that “happened spontaneously, one thing led to another”. Yet one can’t help but get the impression that his career path is the result of predestination rather than pure coincidence.

His first on-schedule show as part of the Fashion East line-up this London Fashion Week was a reminder of why he, despite only being three collections into his own label, is a name to be reckoned with. Lo’s S/S 13 range— a colourful mix of lace, polka-dot print and corseted gowns — presented a sexier take on the designer’s signature technique of tight smocking. Not only is he bringing an intriguing textural aspect to the stereotypically ‘cashmere twinset’ genre of knitwear, there is also a refreshing intelligence behind his designs.

“I design for a woman who is between intellectual and ditzy. I’m interested in the idea of broadening that conceptual range instead of it just being ‘pretty’,” Lo explains, adding that for him, designing is “all about femininity”. “There is something epically powerful about being womanly, a kind of sexy, non-sexy” he says. This female prototype especially becomes evident in the subversiveness of the young talent’s multifarious designs. His graduate collection toughened up traditional female prototypes, A/W 12 took his aesthetic for a more tomboyish, youthful spin. With this collection, despite its strong doses of pink, Lo again seemed to be questioning and exploring. Rather than reinstating and taking at face value preconceived notions of what today’s modern woman wants to wear. But all theoretical interpretations aside, in the end Lo humbly admits, “I just want women to be themselves”.